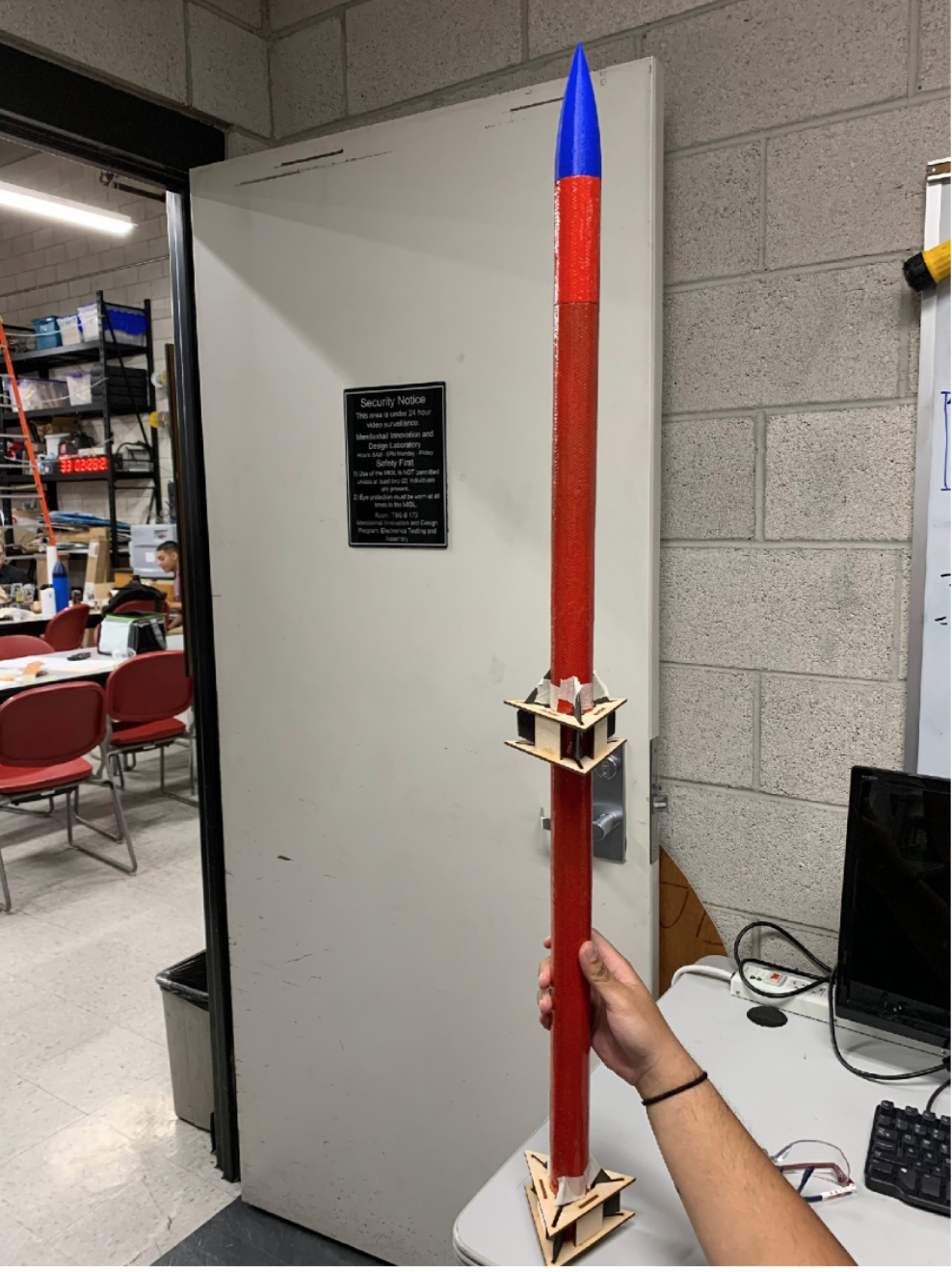 The Galactic Heaven Piercer is UNLV's rocket competing in the SEDS-USA University Student Rocketry Challenge (USRC), which is geared towards developing a multi-stage rocket to reach the highest altitude possible A.G.L., constrained by a 640 N-s impulse limit.

The rocket, which is made up of the booster and sustainer stages, features a carbon-fibre, thin-wall body tube design to minimize mass. A thin-wall design is appropriate as the rocket was designed to avoid exceeding mach, with its maximum expected velocity to be ~0.8 mach.

Both stages are expected to be recovered, so each one supports a 16 inch diameter parachute with nylon shock cord attached to eyebolts. These are secured to fiberglass bulkheads that have been epoxied inside.

Image of Final Assembly of Rocket Prior to Fin Epoxy 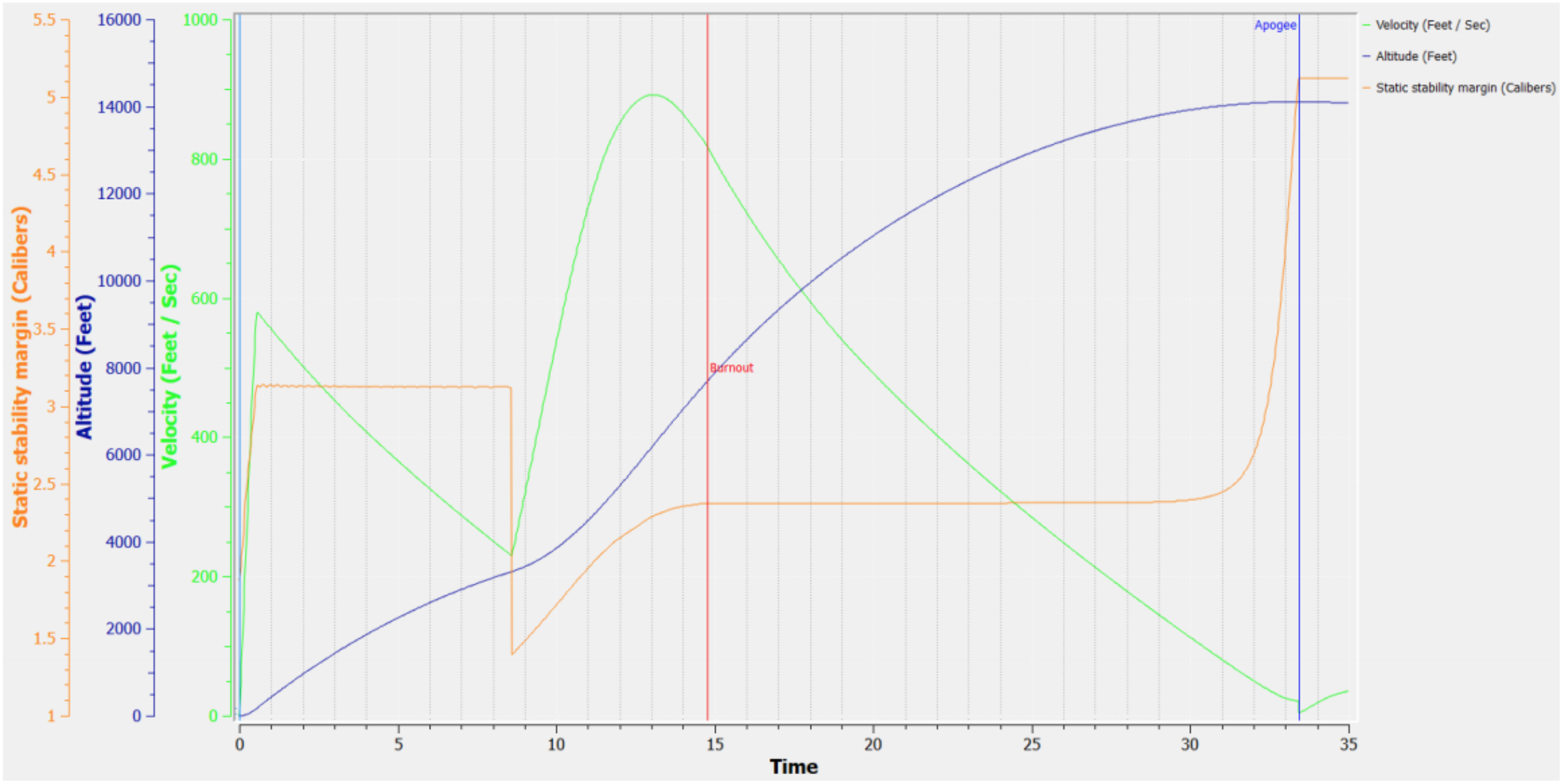 Stability is a crucial component in the dual-stage rocket. Exhaustive simulations were performed to optimize the rocket for appropriate stability measures throughout the rocket's entire flight path. As shown, the stability rises to approximately 3.2 in the coasting phase. During separation, this drops to 1.32 and fires the second motor. Once this motor has fully burned, the stability settles near 2.2 until the parachute is deployed.

In this design, there are 5 main airframe components of interest. These include the nose cone, coupler, fins, bulkheads, avionics coupler. Each item underwent significant analysis to ensure structural integrity. 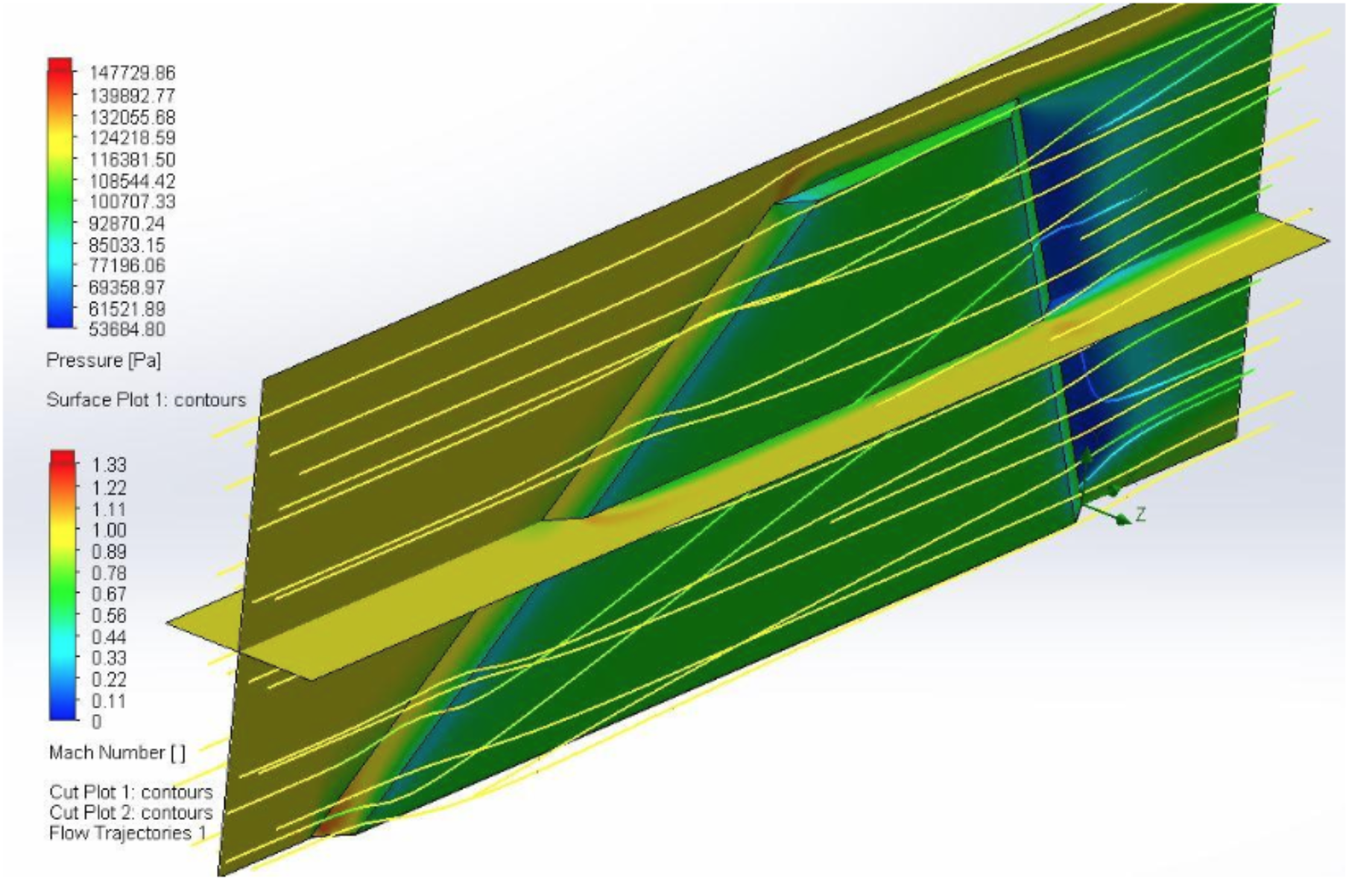 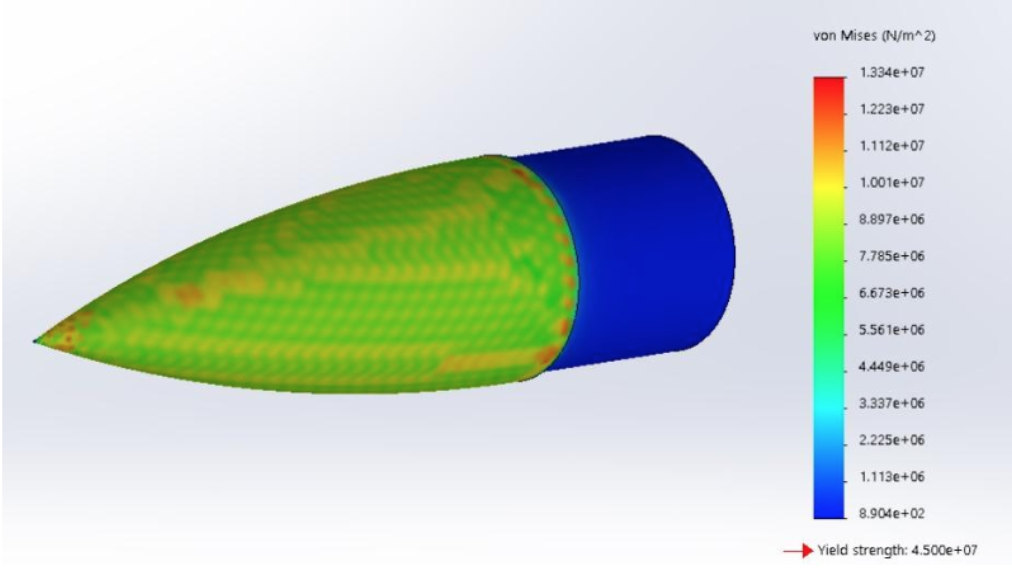 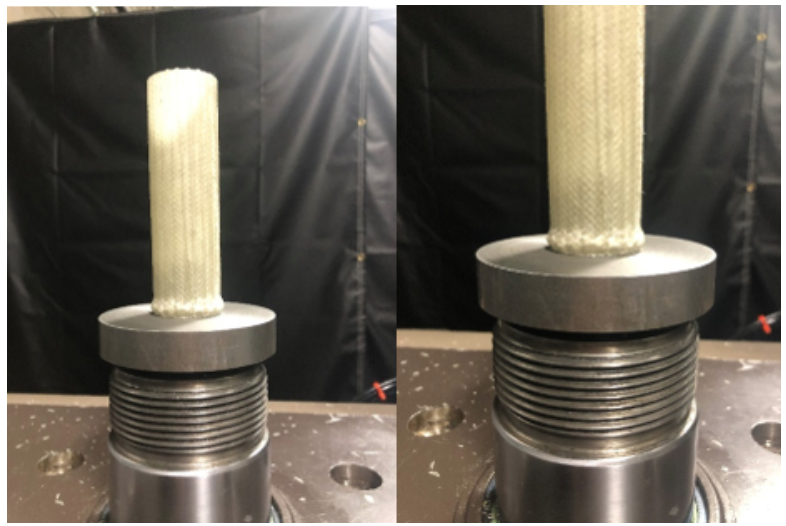 The electronics for the Galactic Heaven Piercer include a tracker with radio, two event timers, a dual deployment altimeter, and the standard competition altimeter, APRA, from PerfectFlite.

These electronics are housed in a 3D printed avionics holder, located inside a coupler in the upper portion of the rocket. It will be in contact with the nose cone, allowing for up to 9 inches of electronics space.

Since a timed ejection is utilized, the electronics are placed above the motor, underneath a fiberglass bulkhead that will be epoxied in. Wires run through this bulkhead to connect to igniters on the other side. Two igniters are placed in the ejection caps, and third in the next motor to ensure ignition.

Image of Electronics Within Housing